Investor Relations - Board of Directors 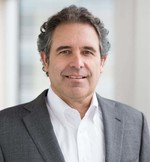 Mr. Foster also currently serves as a founding director of Quanta Services, Inc. (NYSE: PWR), which provides specialty contracting services to the power, natural gas and telecommunications industries, where he also serves on the audit committee and chairs its investment committee. Previously, he also served as a director of U.S. Concrete, Inc. (NASDAQ CM: USCR) from 1999 until 2010, Carriage Services, Inc. (NYSE: CSV) from 1999 to 2011, HMS Income Fund, Inc., a non-publicly traded business development company of which MSC Adviser I, LLC, our wholly owned subsidiary, acted as the investment sub adviser, from 2012 until 2013, and Team, Inc. (NYSE: TISI) from 2005 until 2017. In addition, Mr. Foster served as a founding director of the Texas TriCities Chapter of the National Association of Corporate Directors from 2004 to 2011.

Prior to co-founding Main Street, Mr. Foster, a certified public accountant, had a 19-year career with Arthur Andersen, where he was a partner from 1988 to 1997. Mr. Foster was the director of Arthur Andersen’s Corporate Finance and Mergers and Acquisitions practice for the Southwest United States and specialized in working with companies involved in consolidating their respective industries. Mr. Foster received the Ernst & Young Entrepreneur of the Year 2008 Award in the financial services category in the Houston & Gulf Coast Area. The program honors entrepreneurs who have demonstrated exceptionality in innovation, financial performance and personal commitment to their businesses and communities. 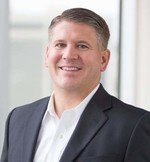 Dwayne Hyzak is our Chief Executive Officer and a member of our Board of Directors. Mr. Hyzak also serves as a member of our management team’s executive and investment committees. He was promoted to the role of Chief Executive Officer in November 2018 and was elected to our Board of Directors in January 2018. Mr. Hyzak previously served in several executive roles from 2011 to 2018, including as our President, Chief Operating Officer, Chief Financial Officer and Senior Managing Director,  and also served in other senior executive positions at Main Street prior to 2011. Prior to our IPO in 2007, Mr. Hyzak served as a Senior Managing Director and other executive positions of several Main Street predecessor funds and entities, which are now our subsidiaries. Mr. Hyzak joined Main Street in 2002, becoming one of the founding members of the firm.

Mr. Hyzak also serves as the Chief Executive Officer and Chairman of the Board of MSC Income Fund, Inc., a business development company that is managed by MSC Adviser I, LLC, our wholly owned portfolio company and a registered investment adviser.

Prior to joining Main Street, Mr. Hyzak was a Director of Integration with Quanta Services, Inc. (NYSE: PWR), which provides specialty contracting services to the power, natural gas and telecommunications industries, where he was principally focused on the company’s mergers and acquisitions and corporate finance activities. Previously, Mr. Hyzak, a certified public accountant, was a Manager with Arthur Andersen in its Transaction Advisory Services group. Mr. Hyzak currently serves on the board of directors of Child Advocates, a non-profit organization that trains and supports advocates to serve the interests of abused or neglected children in the greater Houston area.

Mr. Griffin serves as the Chief Strategy Officer for MaineHealth, a $3 billion not-for-profit integrated healthcare system based in Portland, Maine. MaineHealth consists of nine local hospital systems, a comprehensive behavioral healthcare network, diagnostic services, home health agencies, and more than 1,500 employed and independent physicians working together through the MaineHealth Medical Group. With approximately 22,000 employees, MaineHealth provides preventive care, diagnosis and treatment to 1.1 million residents in Maine and New Hampshire. Prior to joining MaineHealth in February 2022, Mr. Griffin was the Senior Vice President of Financial Planning & Analysis at Novant Health, a not-for-profit integrated healthcare system headquartered in Winston-Salem, North Carolina. From 2007 to October 2012, Mr. Griffin was a Managing Director of Fennebresque & Co., LLC, a boutique investment banking firm located in Charlotte, North Carolina. From 2003 through 2007, he was a Partner at McColl Partners, LLC, where he originated and executed middle market M&A transactions. Prior to McColl Partners, Mr. Griffin worked in the M&A and corporate finance divisions of Lazard Ltd, JPMorgan, and Bank of America in New York, Chicago, and Charlotte. Mr. Griffin’s investment banking experience consists primarily of executing and originating mergers and acquisitions and corporate finance transactions.

Mr. Jackson serves as the President and Chief Executive Officer of CSI Compressco LP (Nasdaq: CCLP) (“CSI Compressco”), a provider of compression services and equipment for natural gas and oil production, gathering, transportation, processing and storage. Mr. Jackson previously served as the President and Chief Executive Officer of Spartan Energy Partners, which acquired the general partner of CSI Compressco in January 2021 before becoming a subsidiary of CSI Compressco through a restructuring transaction in November 2021. He has also been a director of Seitel, Inc., a privately owned provider of onshore seismic data to the oil and gas industry in North America, since August 2007. He previously served as a director of Basic Energy Services, Inc. (NYSE: BAS), a provider of well-site services in the United States to oil and natural gas drilling and producing companies, from December 2016 until December 2021, and was a member of the compensation committee and the chair of the audit committee of Basic Energy Services, Inc. He previously served as a director of CNX Midstream Partners, LP, formerly known as CONE Midstream Partners, LP (NYSE: CNXM, formerly CNNX), a master limited partnership that owns and operates natural gas gathering and other midstream energy assets in the Marcellus Shale in Pennsylvania and West Virginia, from January 2015 until its sale in September 2020, and was a member of its audit committee during that time. Mr. Jackson was Chairman, Chief Executive Officer and President of Price Gregory Services, Inc., a pipeline-related infrastructure service provider in North America, from February 2008 until its sale in October of 2009. He served as a director of Hanover Compressor Company (“Hanover”), now known as Exterran Corporation (NYSE: EXTN) and Archrock, Inc. (NYSE: AROC), from July 2004 until May 2010. Mr. Jackson also served as Hanover’s President and Chief Executive Officer from October 2004 to August 2007 and as Chief Financial Officer from January 2002 to October 2004. He also serves on the board of several non-profit organizations.

Mr. Lane has served as Chief Executive Officer and President of Comfort Systems USA, Inc. (NYSE: FIX), a leading provider of commercial, industrial and institutional heating, ventilation and air conditioning and electrical services, since December 2011 and as a director of Comfort Systems since November 2010. Mr. Lane served as Comfort Systems’ President and Chief Operating Officer from March 2010 until December 2011. Mr. Lane joined Comfort Systems in October 2003 and served as Vice President and then Senior Vice President for Region One until he was named Executive Vice President and Chief Operating Officer in January 2009. Prior to joining Comfort Systems, Mr. Lane spent fifteen years at Halliburton Company (NYSE: HAL), a global service and equipment company devoted to energy, industrial, and government customers. During his tenure at Halliburton, he held various positions in business development, strategy and project initiatives, and he departed as the Regional Director of Europe and Africa. Mr. Lane’s additional experience included serving as a Regional Director of Capstone Turbine Corporation (NASDAQ: CPST), a distributed power manufacturer. He also was a Vice President of Kvaerner, an international engineering and construction company, where he focused on the chemical industry. Mr. Lane earned a Bachelor of Science in Chemistry from the University of Notre Dame and his MBA from Boston College.

Ms. Matthews retired in June 2019 after a successful 36-year career at Ernst & Young (“EY”) where she held several leadership roles for the global organization. Most recently, Ms. Matthews served as a Vice Chair of the EY Americas Board, a member of the EY Global Practice Group, and the Managing Partner of EY’s West Region, with responsibility for all services delivered to clients in the region. Ms. Matthews has served on the board of directors of SVB Financial Group (NASDAQ: SIVB), whose businesses, including Silicon Valley Bank, offer commercial, investment and private banking, asset management, private wealth management, brokerage and investment services and funds management services to companies in the technology, life science and healthcare, private equity and venture capital, and premium wine industries, since September 2019. She also serves as the chair of SVB Financial’s board and on its audit, governance and corporate responsibility, and risk committees. She also served on the board of directors of Coherent, Inc. (NASDAQ: COHR), one of the world’s leading providers of lasers, laser-based technologies and laser-based system solutions for scientific, commercial and industrial customers, from May 2019 until July 2022. Ms. Matthews earned a Bachelor of Accounting degree, cum laude, from Texas Tech University. She was the 2013 Texas Tech School of Accounting Distinguished Alumni, a 2020 Texas Tech Rawls School of Business Distinguished Alumni and a member of the Texas Tech Rawls College of Business Advisory Council.

Ms. Shive served as Chief Executive Officer and President of Belo Corp. (NYSE: BLC), a media company that owned several television stations, from 2008 until its acquisition by Gannett Co., Inc. in 2013. After the acquisition, Ms. Shive served as Senior Vice President of TEGNA Inc., formerly Gannett Co., Inc. (NYSE: TGNA, formerly GCI), a broadcast and digital media company, until 2017. She joined Belo Corp. in 1993 and served in a variety of leadership positions during her tenure, including Chief Financial Officer. Ms. Shive has served on the boards of directors of Kimberly-Clark Corporation (NYSE: KMB), a global manufacturer of branded tissue and personal care products, since May 2019, and Trinity Industries, Inc. (NYSE: TRN), a leading provider of rail transportation products and services in North America, since March 2014, and DallasNews Corporation (NYSE: DALN), the leading local news and information publishing company in Texas, since September 2021. She serves (i) as the chair of the audit committee of Kimberly-Clark Corporation’s board of directors, (ii) on the corporate governance and directors nominating committee, the finance and risk committee, and as the chair of the audit committee of Trinity Industries, Inc.’s board of directors and (iii) on the compensation and management development committee and the nominating and corporate governance committee of DallasNews Corporation’s board of directors. Ms. Shive serves as a Trustee of Parks for Downtown Dallas. From 2014 to 2018, she was a director of Dr Pepper Snapple Group, Inc., now known as Keurig Dr Pepper Inc. (NYSE: KDP, formerly DPS). From 2009 to 2015, she served on the board of directors of the Associated Press, where she served as chair of the audit committee from 2011 to 2015. From 2008 to 2013, she served on the board of directors of Belo Corp.

Mr. Solcher served as the Senior Vice President of Finance and Business Operations and Chief Financial Officer of BMC Software, Inc. (“BMC”), a privately held company that is a global leader in software solutions, from August 2005 until October 2020, and as executive advisor from October 2020 until October 2021. Previously, Mr. Solcher served as BMC’s Treasurer and Vice President of Finance. He joined BMC in September 1991 as Assistant Treasurer and became Treasurer the following year. During Mr. Solcher’s tenure, BMC grew from nearly $130 million in annual revenue to $2.2 billion in annual revenue in 2013, its last year operating as a public company. In addition to leading many M&A transactions as Chief Financial Officer, Mr. Solcher was instrumental in BMC’s transition from being a publicly traded company to becoming a privately held company in 2013. Prior to joining BMC, he was employed by Arthur Andersen as a certified public accountant. Mr. Solcher also serves on the development board of the Mays Business School at Texas A&M University and has served on the board of numerous nonprofit organizations. He was recognized by Institutional Investor magazine as part of the “All American Executive Team” in 2010 and 2012 and by Houston Business Journal as 2012 Best CFO — Large Public Company.